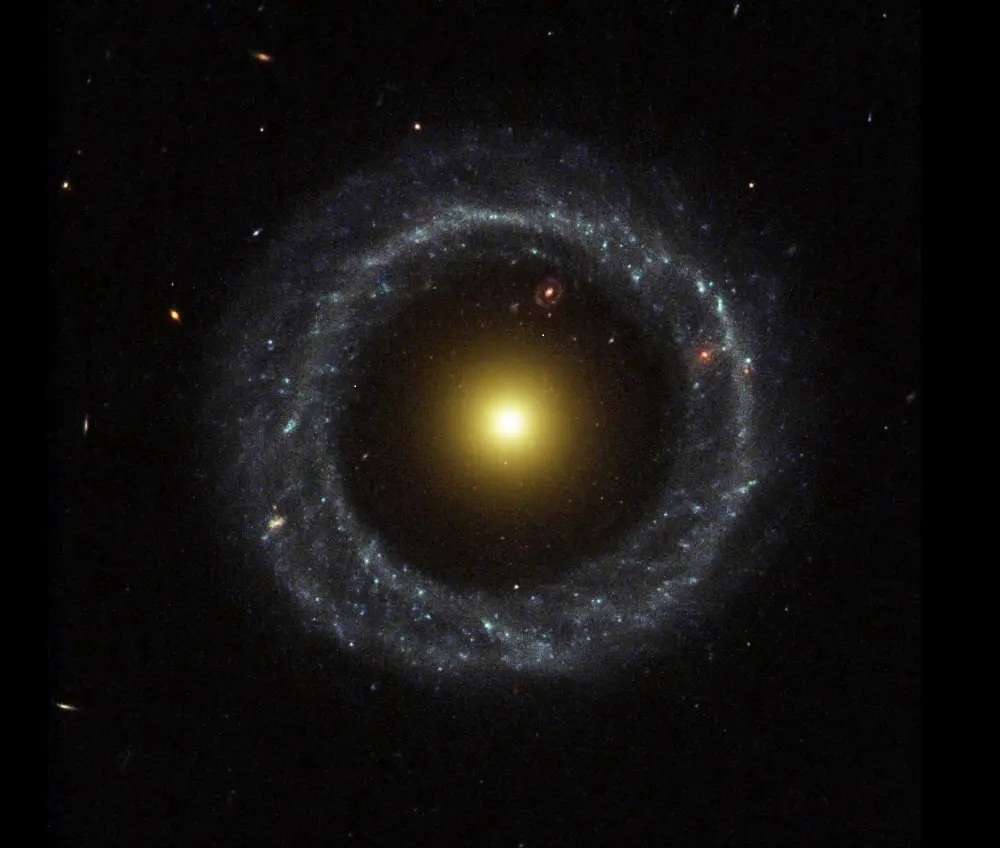 Discovered in 1950, this galaxy is known as Hoag's object, and is the first known instance of a ring galaxy. It's highly unusual, with an elliptical, very red center, a large gap between the nucleus and the outer ring, and the blue, young stars in the outer ring have no identifiable trigger leading to their formation. 72 years after its discovery, we've put together a general picture of how ring galaxies form, but Hoag's object still poses unanswered questions.