Most Serious Wisdom Ever 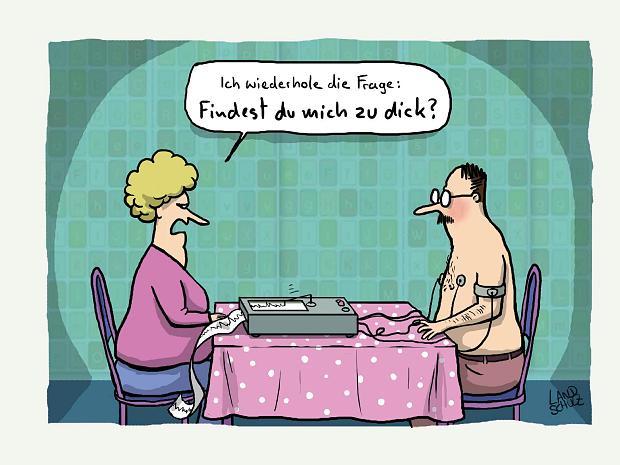 "I repeat the question: Do you think I'm too fat?"

A clear conscience is usually the sign of a bad memory.

A dyslexic man walks into a bra.

A fool and his money are soon elected. (Will Rogers)

A good pun is its own reword.

A great many people think they are thinking when they are mere rearranging their prejudices.

A journey of a thousand miles begins with a cash advance

A truly wise man never plays leapfrog with a unicorn.

According to my calculations the problem doesn't exist.

Age is a very high price to pay for maturity.

All those who believe in psychokinesis raise my hand.

Always yield to temptation, because it may not pass your way again.

Ambivalent? Well, yes and no.

Ancient Celts agree: Eat a live toad the first thing in the morning and nothing worse will happen to you the rest of the day.

Any connection between your reality and mine is purely coincidental.

Arachibutyrophobia: fear of peanut butter sticking to roof of your mouth.

Artificial intelligence is no match for natural stupidity.

As a computer, I find your faith in technology amusing.

At least I have a positive attitude about my destructive habits.

Atheism is a non-prophet organization.

Be nice to your kids. they'll choose your nursing home.

Beauty is in the eye of the beer holder...

Bigamy is having one wife too many. monogamy is the same. (Oscar Wilde)

Computer programmers know how to use their hardware.

Computers are not intelligent. they only think they are.

Consciousness: that annoying time between naps

Did I mention the kick in the groin you'll be receiving if you touch me?

Diplomacy is the art of saying nice doggy until you can find a rock.

Do all the horses drown during a game of water polo?

Don't worry. I forgot your name, too!

Ever stop to think, and forget to start again?

Ever wonder if illiterate people get the full effect of alphabet soup? (John Mendoza)

Everything is drive-through. in California, they even have a burial service called jump-in-the-box. (Wil Shriner)

Finally 21, and legally able to do what I've been doing since 15.

For every action, there is an equal and opposite government program.

For Sale: Parachute. Only used once, never opened, small stain.

Friends may come and go, but enemies tend to accumulate.

Get the facts first. You can distort them later. (Mark Twain)

Give me ambiguity or give me something else.

HAM AND EGGS -- A day's work for a chicken; A lifetime commitment for a pig.

Hard work has a future payoff. Laziness pays off now.

He who laughs last thinks slowest.

HECK is where people go who don't believe in GOSH?!

Help wanted: telepath. You know where to apply.

Here I am! Now what are your other two wishes?

Hey, your karma just ran over my dogma. (Blueberry Hill)

How do you tell when you run out of invisible ink?

I couldn't repair your brakes, so I made your horn louder.

I don't have a solution but I admire the problem.

I don't know what your problem is, but I'll bet it's hard to pronounce.

I don't suffer from insanity. I enjoy every minute of it.

I feel like I'm diagonally parked in a parallel universe.

I have an inferiority complex, but it isn't a very good one.

I have known this one for as long as I can remember.

I have six locks on my door all in a row. When I go out, I lock every other one. I figure no matter how long somebody stands there picking the locks, they are always locking three. (Elayne Boosler)

I haven't spoken to my wife for 18 months...I don't like to interrupt her.

I like you. You remind me of when I was young and stupid.

I refuse to star in your psychodrama.

I saw a large woman wearing a sweatshirt with 'Guess' on it. I said, 'Thyroid problem?' (Arnold Schwarzenegger)

I thought I wanted a career, turns out I just wanted pay checks.

I used to have an open mind, but my brains kept falling out.

I used to live for sex. now I'd die for some Bob Allison

I will always cherish the initial misconceptions I had about you.

I wonder how much deeper the ocean would be without sponges.

I wonder if other dogs think poodles are members of a weird religious cult. (Rita Rudner)

I'd explain it to you, but your brain would explode.

If I want your opinion, I'll ask you to fill out the necessary forms.

If life is a waste of time and time is a waste of life, then let's all get wasted together and have the time of our lives. (Armand's Pizza, Washington, D.C.)

If our knees were bent the other way, what would a chair look like?

If you look like your passport picture, you probably need the trip.

If you must choose between two evils, pick the one you've never tried before.

I'm not a complete idiot; some parts are missing.

I'm writing a book. I've got the page numbers done.

Is it time for your medication or mine?

Isn't it cruel that dyslexia is so hard to spell?

It has recently been discovered that research causes cancer in rats.

It's hard to make a comeback when you haven't been anywhere. -- written in the dust on the back of a bus. (Wickenburg, AZ)

It's not hard to meet expenses, they're everywhere.

It's not the pace of life that concerns me, it's the sudden stop at the end.

It's not true that married men live longer than single men...it only seems longer.

I've been told that the local shopping mall has two Santas, a regular one, and an express Santa for kids requesting five presents or less.

Jury: Twelve people who determine which client has the better attorney.

Laughing stock: cattle with a sense of humor.

Lead me not into temptation (I can find the way myself).

Losing a wife can be hard. In my case, it was almost impossible.

Make yourself at home! Clean my kitchen.

Multitasking -- screwing up several things at once.

My cousin just died. He was only 19. He got stung by a bee – the natural enemy of a tightrope walker. (Dan Rather, News anchorman)

My girlfriend always laughs during sex -- no matter what she's reading. (Steve Jobs)

My husband and I divorced over religious differences. He thought he was God, and I didn't.

My karma just ran over my dogma.

My wife and I were happy for 20 years -- then we met. (Rodney Dangerfield)

No husband has ever been shot while doing the dishes.

Not all men are annoying. Some are dead.

Nothing is fool-proof to a sufficiently talented fool.

OK, so what's the speed of dark?

On a bathroom wall Dear …: if aids is a sign from god, lesbians are the chosen people.

On a tombstone: I told you I was sick!

Patriotism is your conviction that this country is superior to all others because you were born in it. (George Bernard Shaw)

POLICE STATION TOILET STOLEN -- Cops have nothing to go on.

Politicians in government should be changed regularly, like diapers, for the same reason.

Press any key to continue or any other key to quit.

Pride is what we have. vanity is what others have.

Puritanism: the haunting fear that someone, somewhere may be happy.

Put on your seatbelt...I wanna try something.

Q: Why do housewives close their eyes when they make love? A: They hate to see their husbands having a good time!

Quoting one is plagiarism; Quoting many is research.

Real programmers don't document. If it was hard to write, it should be hard to understand.

Reality is the murder of a beautiful theory by a gang of ugly facts.

Schizo: Allow me to introduce my selves.

Shin: a device for finding furniture in the dark.

Smash forehead on keyboard to continue.....

Someday, we'll look back on this, laugh nervously and change the subject.

STUPIDITY IS NOT A HANDICAP. Park elsewhere!

Suburbia: where they tear out the trees & then name streets after them.

Thank you. We're all refreshed and challenged by your unique point of view.

The fact that no one understands you doesn't mean you're an artist.

The meek shall inherit the earth -- they are too weak to refuse.

The sex was so good that even the neighbors had a cigarette.

There are 10 kinds of computer scientists: those who count in binary, and those who don't.

There cannot be a crisis today; my schedule is already full.

There's no future in time travel.

This sentance has threee errors.

Time is the best teacher; unfortunately it kills all its students!

Time's fun when you're having flies. (Kermit the Frog)

Too many people spend money they haven't earned, to buy things they don't want, to impress people they don't like. (Will Rogers)

Two Eskimos sitting in a kayak were chilly; but when they lit a fire in the craft, it sank, proving that you can't have your kayak and heat it too.

Two five year old boys are sitting in a hospital room. one leans over to the other and say what are you in here for. the other says circumcision. The first boy says oh, I had that done right after I was born .... I couldn't walk for a year.

We have enough youth, how about a fountain of smart?

WELCOME TO KENTUCKY -- Set your watch back 20 years.

Well, this day was a total waste of make-up.

What do you call a fish with no eyes? A fsh.

What happens if you get scared half to death twice?

What has four legs and an arm? A happy pit bull.

What is a free gift? Aren't all gifts free?

What is your biggest concern about your writing? - Grammer!

When I eventually met Mr. Right I had no idea that his first name was Always. (Rita Rudner)

Who are these kids and why are they calling me Mom?

Why do they call a sculpture a bust when it stops just before the part it would be named after?

Why do they call them apartments when they're all stuck together?

Why does sour cream have an expiration date?

Why doesn't super glue stick to the bottle?

Why is abbreviation such a long word?

Why is it that when we talk to God we're said to be praying, but when God talks to us we're schizophrenic? (Lily Tomlin)

Why is the definition of the word dictionary in a dictionary? Don't they know what they're reading?

Why is the word little twice as big as the word big?

Why isn't there a knob on a tv set so we could turn up the intelligence? There's a brightness knob but it doesn't work.

Women have to work twice as hard as men to be considered half as good. Fortunately, it isn't difficult.

Women might be able to fake orgasms. But men can fake whole relationships. (Sharon Stone)

X-ray of your arm - why did the doctor laugh at that? - He found it humerus.

You have the right to remain silent. Anything you say will be misquoted, then used against you.

You have your opinion, the rest of us have mine.

You know what I hate? Rhetorical questions. (Henry M. Camp)

You're just jealous because the voices only talk to me.

Zookeeper: “You are not allowed to buy the animals here!” – So I asked him, why the zebras had a barcode.

Most Serious Wisdom Ever

"I repeat the question: Do you think I'm too fat?"